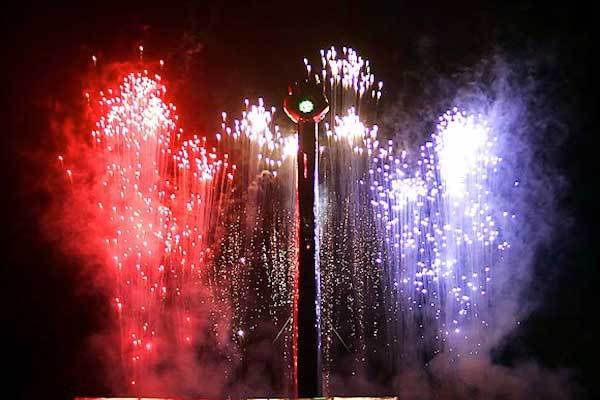 In the 2019 movie “Poms” Diane Keaton’s character sees a TV Ad for custom Funeral Fireworks: cremains exploded as a final flourish. Of course once Diane’s character kicks the bucket (Yes, a spoiler, but it’s a bad movie so don’t waste your time sitting through it), her cremains are shot into the nighttime sky in a beautiful concluding burst.

So you want to blast yourself into the twilight? How?

If you live in the United Kingdom, Heavens Above Fireworks has been offering Memorial Fireworks displays since 2004. They also provide Self Fired Rockets and Memorial Spaceflight options (in a partnership with Celestis).

In the United States, due to heavy regulations and high insurance costs, most providers of memorial fireworks have either closed or stopped offering the service. I’m sure there are others doing it but Greenlawn Funeral Home in Missouri is one of the only places in America actively promoting their fireworks service. Another option is having your local funeral home partner with a local fireworks company such as Sky Wonder Pyrotechnics in Houston, Texas.