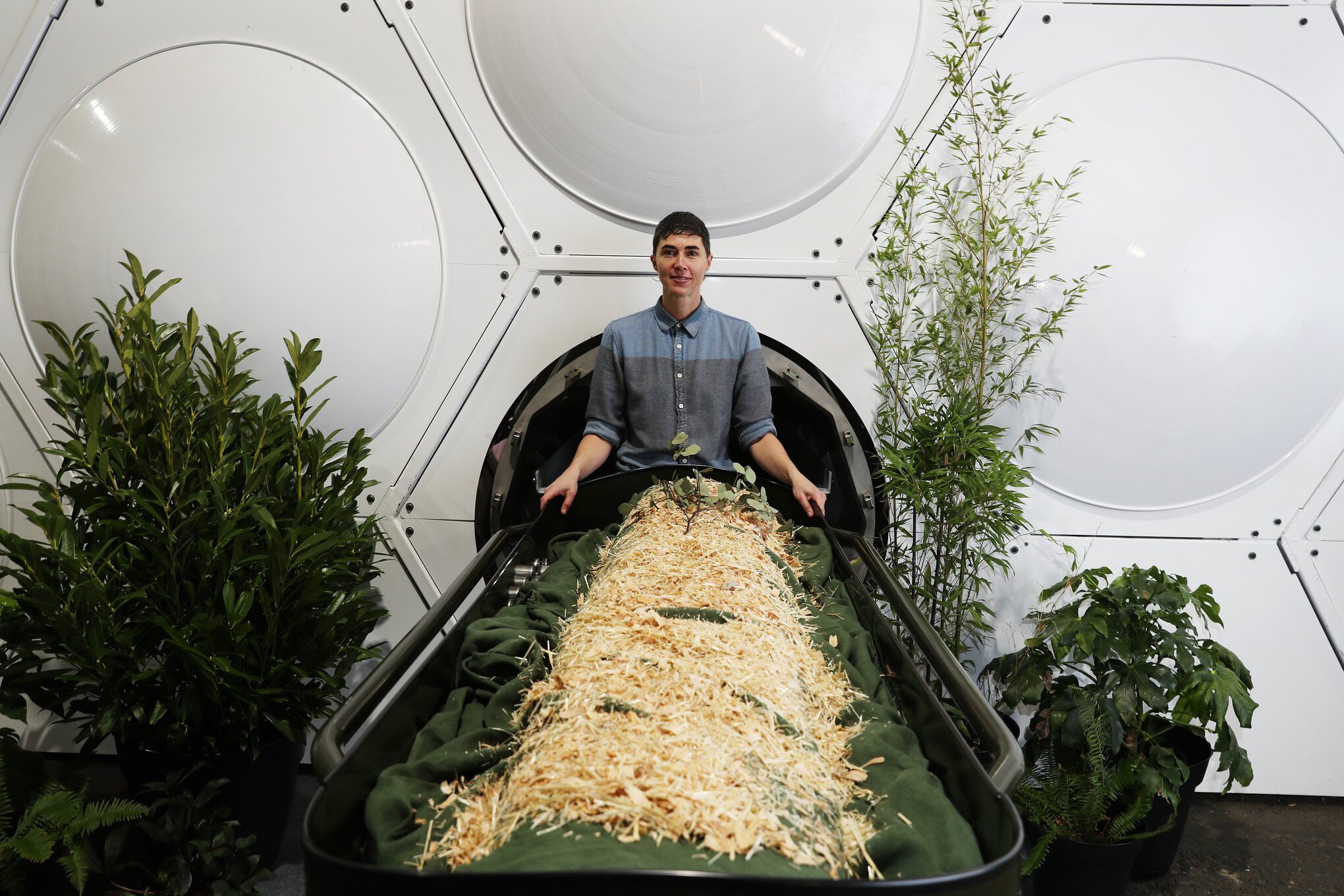 Become Soil When You Die

The first bodies were “laid in” on Dec. 20, 2020, a landmark moment on a nearly 10-year journey for Recompose founder and CEO Katrina Spade. She first began mulling funerary alternatives during a minor mortality crisis of her own, as an architecture student at the University of Massachusetts, Amherst, with a partner and two young children.

Spade researched her options, which were limited to traditional burial (too toxic and expensive), cremation (too carbon-intensive) and rural green burial (too rare and inconvenient for most city dwellers). She started thinking about composting as a kind of soil-based cremation and, in 2013, finished her Master’s thesis: “Of Dirt and Decomposition: Proposing a Place for the Urban Dead.”

The Recompose process takes 30 days in a vessel full of wood chips and straw, then another few weeks in “curing bins,” large boxes (one per person) where soil is allowed to rest and continue exhaling carbon dioxide. Once that process is complete, friends and chosen family can either retrieve the soil themselves, or donate it to an ecological restoration project at Bells Mountain near Vancouver, Washington. So far, most have elected to donate.

Recompose costs $5,500 for everything: the body pickup (in King, Pierce and Snohomish counties), the paperwork, the process itself and an optional service. (Body transport from further away can be arranged, for an extra fee, and Recompose has already accepted bodies from California and the East Coast.)