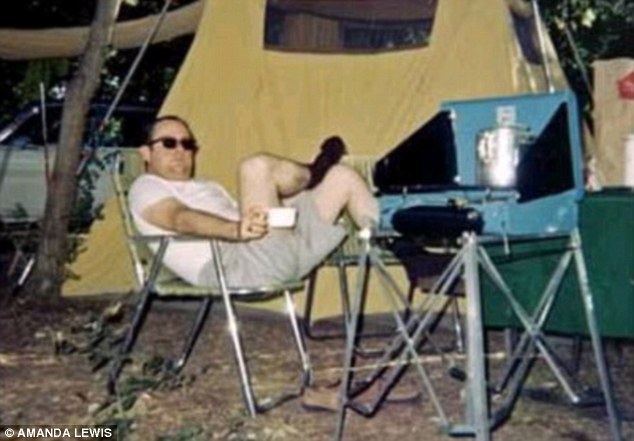 Greatest Obituaries in the History of Humanity: Harry Stamps
by Mark Noonan
0 Comments
0

“He loved bacon, women, and his over-size man remote.”

“He definitely was one of a kind,” said friend, Wayne Catlett. “He always found humor in every situation. It was a great way to cope with life. Whatever it was, he managed to get through it by laughing at it and getting you to laugh. Students referred to his class as the Stamps Comedy Hour. He was a brilliant teacher, incredibly interesting. And you know, I have never heard a student or anybody else say a bad thing about Harry.”

Harry was locally sourcing his food years before chefs in California starting using cilantro and arugula (both of which he hated). For his signature bacon and tomato sandwich, he procured 100% all white Bunny Bread from Georgia, Blue Plate mayonnaise from New Orleans, Sauer’s black pepper from Virginia, home grown tomatoes from outside Oxford, and Tennessee’s Benton bacon from his bacon-of-the-month subscription. As a point of pride, he purported to remember every meal he had eaten in his 80 years of life.

The women in his life were numerous. He particularly fancied smart women. He loved his mom Wilma Hartzog (deceased), who with the help of her sisters and cousins in New Hebron reared Harry after his father Walter’s death when Harry was 12. He worshipped his older sister Lynn Stamps Garner (deceased), a character in her own right, and her daughter Lynda Lightsey of Hattiesburg. He married his main squeeze Ann Moore, a home economics teacher, almost 50 years ago, with whom they had two girls Amanda Lewis of Dallas, and Alison of Starkville. He taught them to fish, to select a quality hammer, to love nature, and to just be thankful. He took great pride in stocking their tool boxes. One of his regrets was not seeing his girl, Hillary Clinton, elected President.

He excelled at growing camellias, rebuilding houses after hurricanes, rocking, eradicating mole crickets from his front yard, composting pine needles, living within his means, outsmarting squirrels, never losing a game of competitive sickness, and reading any history book he could get his hands on. He loved to use his oversized “old man” remote control, which thankfully survived Hurricane Katrina, to flip between watching The Barefoot Contessa and anything on The History Channel. He took extreme pride in his two grandchildren Harper Lewis (8) and William Stamps Lewis (6) of Dallas for whom he would crow like a rooster on their phone calls. As a former government and sociology professor for Gulf Coast Community College, Harry was thoroughly interested in politics and religion and enjoyed watching politicians act like preachers and preachers act like politicians. He was fond of saying a phrase he coined “I am not running for political office or trying to get married” when he was “speaking the truth.” He also took pride in his service during the Korean conflict, serving the rank of corporal–just like Napolean, as he would say.

Harry took fashion cues from no one. His signature every day look was all his: a plain pocketed T-shirt designed by the fashion house Fruit of the Loom, his black-label elastic waist shorts worn above the navel and sold exclusively at the Sam’s on Highway 49, and a pair of old school Wallabees (who can even remember where he got those?) that were always paired with a grass-stained MSU baseball cap.

Harry traveled extensively. He only stayed in the finest quality AAA-rated campgrounds, his favorite being Indian Creek outside Cherokee, North Carolina. He always spent the extra money to upgrade to a creek view for his tent. Many years later he purchased a used pop-up camper for his family to travel in style, which spoiled his daughters for life.

He despised phonies, his 1969 Volvo (which he also loved), know-it-all Yankees, Southerners who used the words “veranda” and “porte cochere” to put on airs, eating grape leaves, Law and Order (all franchises), cats, and Martha Stewart. In reverse order. He particularly hated Day Light Saving Time, which he referred to as The Devil’s Time. It is not lost on his family that he died the very day that he would have had to spring his clock forward. This can only be viewed as his final protest.

Because of his irrational fear that his family would throw him a golf-themed funeral despite his hatred for the sport, his family will hold a private, family only service free of any type of “theme.”

In lieu of flowers, the family asks that you make a donation to Mississippi Gulf Coast Community College (Jeff Davis Campus) for their library. Harry retired as Dean there and was very proud of his friends and the faculty. He taught thousands and thousands of Mississippians during his life. The family would also like to thank the Gulfport Railroad Center dialysis staff who took great care of him and his caretaker Jameka Stribling.

Finally, the family asks that in honor of Harry that you write your Congressman and ask for the repeal of Day Light Saving Time. Harry wanted everyone to get back on the Lord’s Time.

We Salute You, Harry Stamps, for your sartorial Fruit of the Loom splendor & fighting the good fight to rid our world of this Daylight Savings Time scourge!