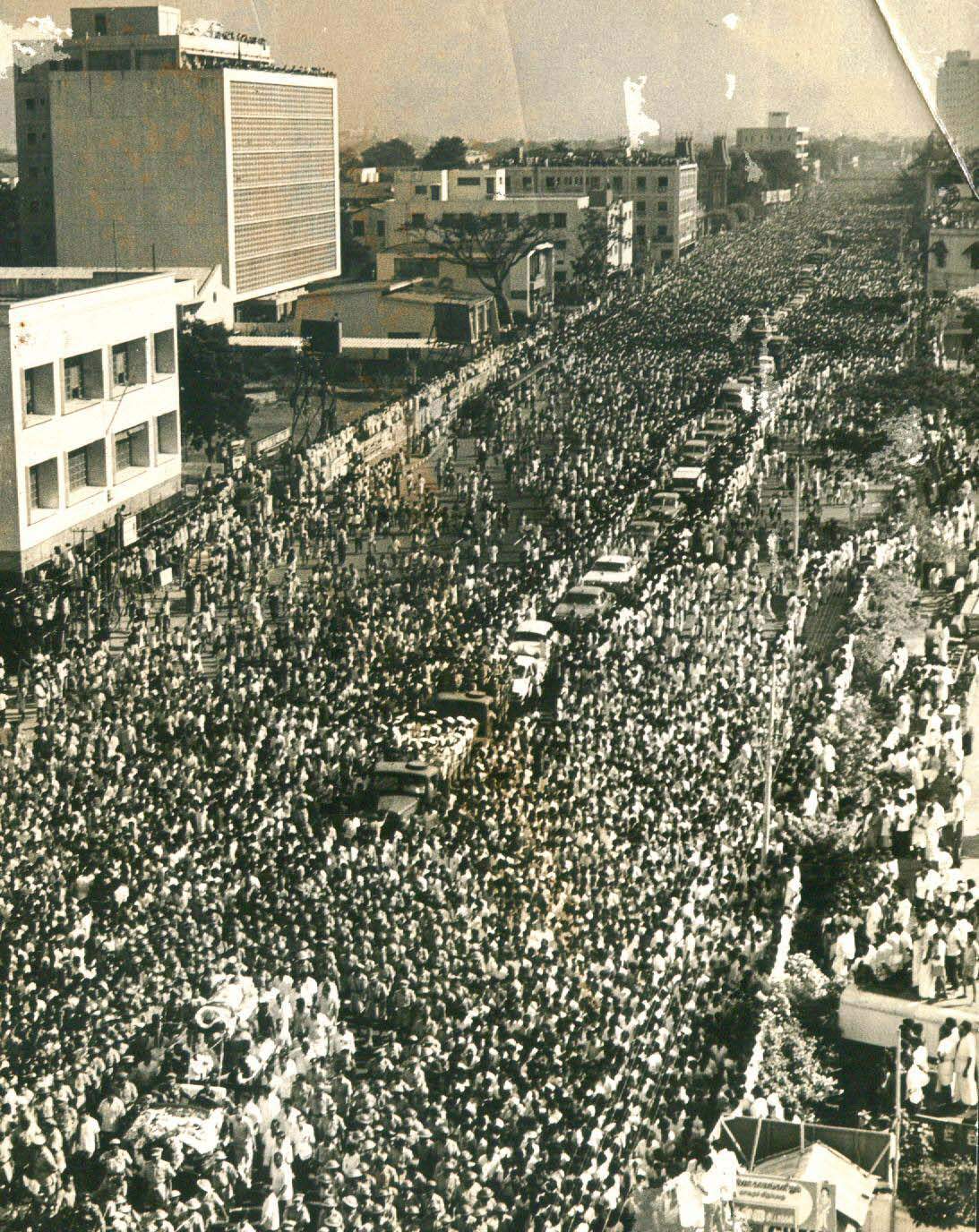 Greatest Memorials in the History of Humanity: C.N. Annadurai
by Mark Noonan
0 Comments
1

We would all like to have people attend our funeral/memorial. Family, of course. Longstanding friends. Colleagues. Distant relatives. Acquaintances. Our local bartender or barista. Heck, maybe even the Fedex Guy.

Think about the highest number of people that could possibly attend your memorial. Now consider all of the folks you don’t even know that well, because they’re coming too. Then add in everyone you’ve ever met at any time throughout your life. And just for fun, let’s also include anyone who has ever seen, heard, or caught of whiff of you. That’s a lot of people, right?

And still, not even close to C.N. Annadurai.

An estimated 15 million people attended his 1969 funeral/memorial in Chennai, southern India.
15,000,000. It still holds the Guinness World Record.
If you take the Greater Los Angeles metropolitan area (13 million) and add Phoenix (2 million) you would equal the number of human beings who attended Mr. Annadurai’s funeral.
The standing room capacity of the Dallas Cowboys AT&T Stadium is 100,000 patrons. You will require 150 filled stadiums.
Madison Square Garden, the most famous arena in the world, holds 20,000 spectators. It would take 750 MSGs full of fans. And Billy Joel would probably still sell them all out.

Unless you’re Indian, you probably don’t know who Cojeevaram Natarajan Annadurai is.

Why did 15 million Indians feel personally compelled to pay homage to this man?

Fondly known as Arignar Anna (“Anna, the scholar”) by millions of Tamilians, he was a wildly popular and charismatic Indian politician who renamed Madras State to Tamil Nadu where he served as Chief Minister until 1969, when he died from oral cancer, his political career cut short at the height of his powers. Well known for his oratorical skills and an acclaimed writer, Anna was a playwright and novelist in the Tamil language.

Born into a weaving caste family in Kanchipuram, Anna rose to become a school teacher and journalist before switching to writing and hard-core politics. Although Chief Minister for barely two years (1967-69) he is still remembered for his qualities – simplicity, statesmanship, political acumen, concern for the poor, and willingness for reconciliation.

Anna’s famous ‘Two Dogs Theory’ against imposition of Hindi as the official language of India: